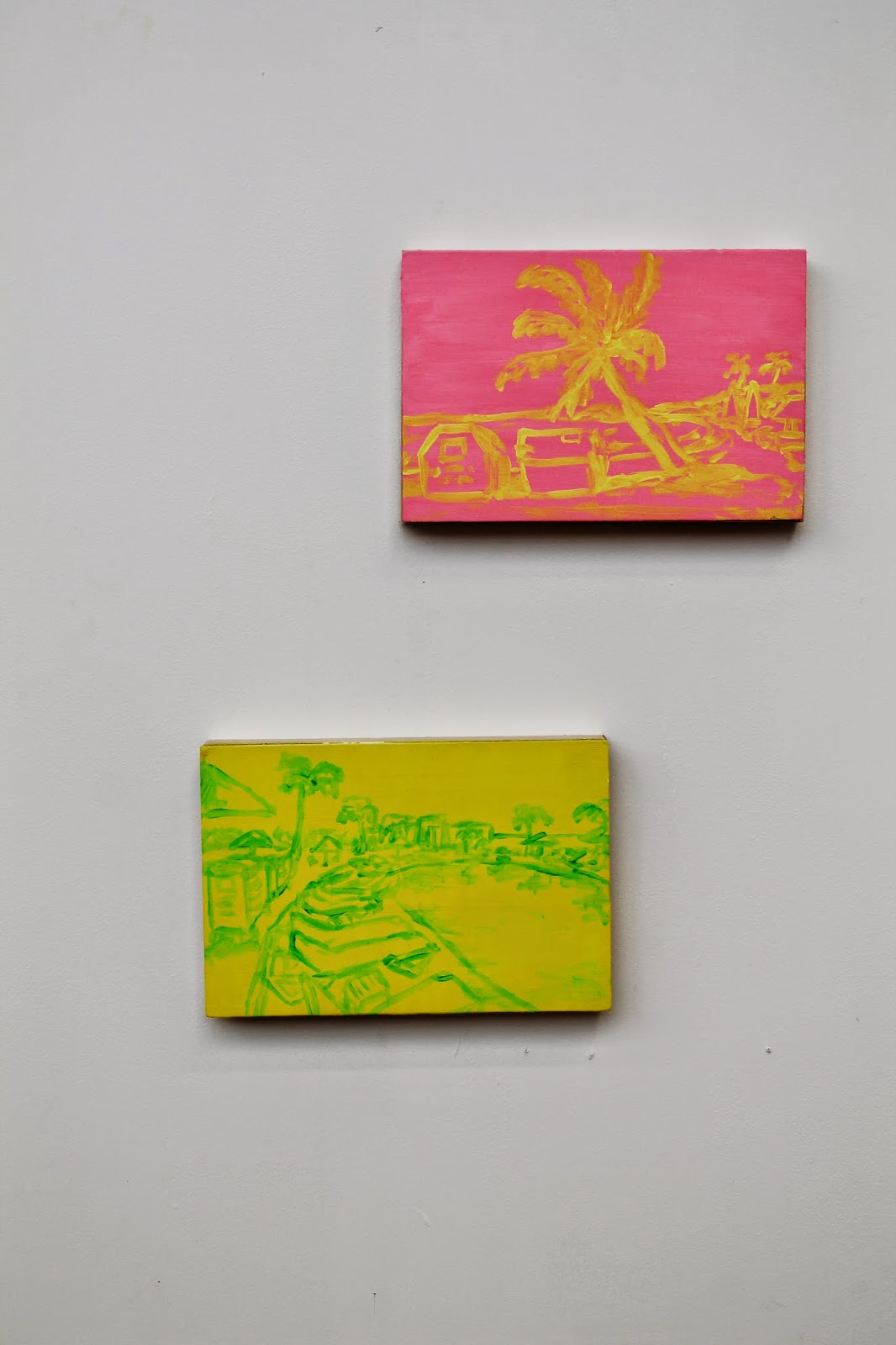 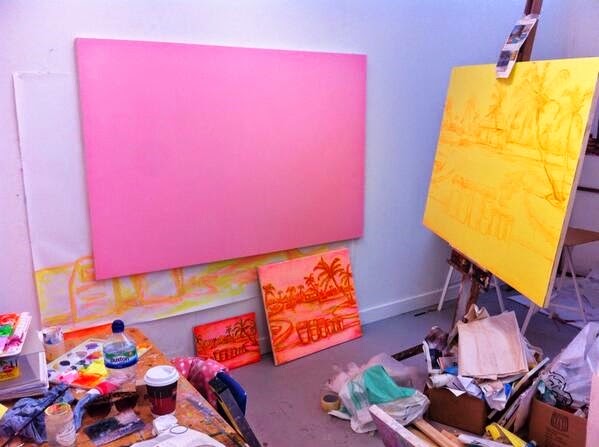 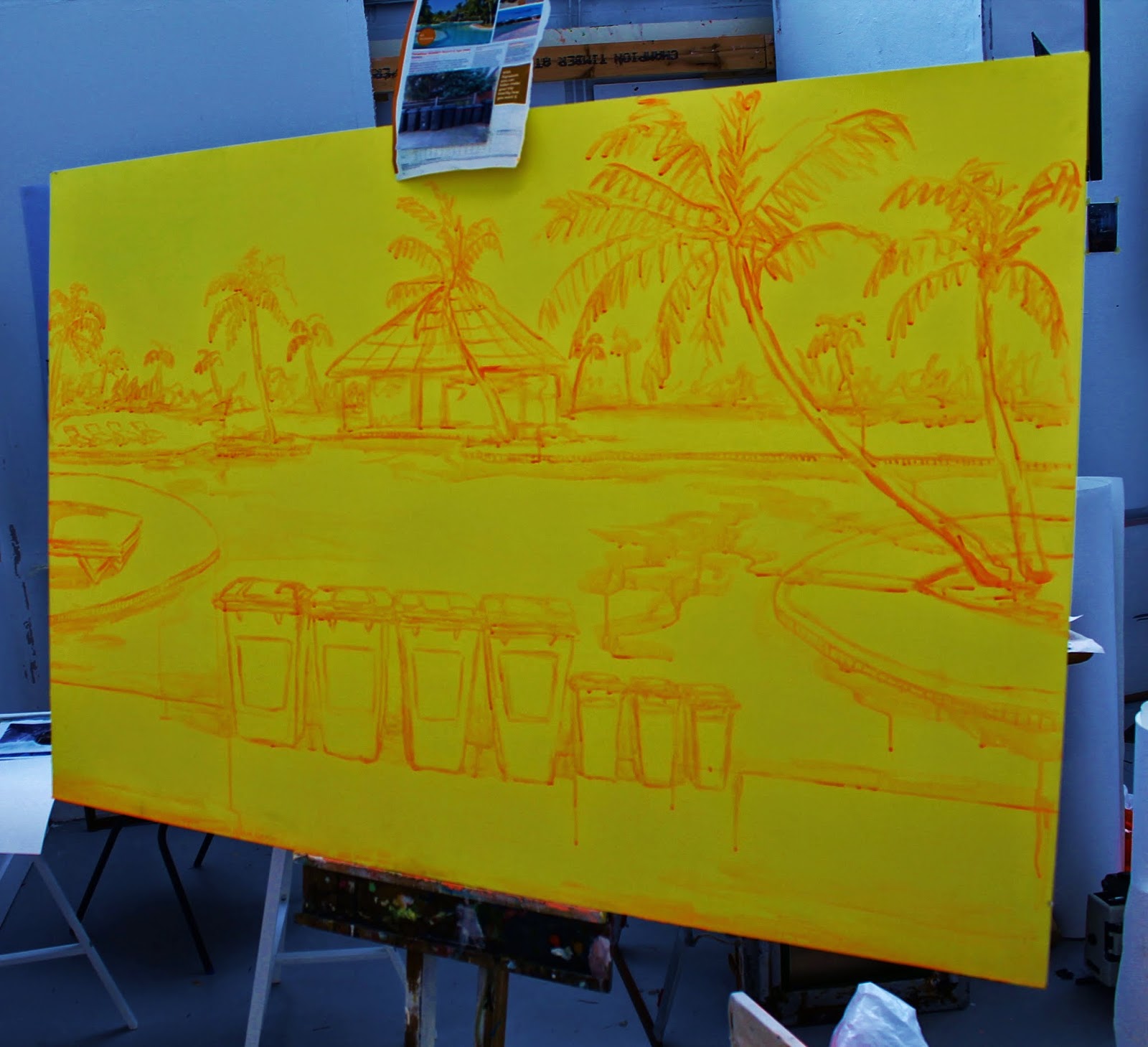 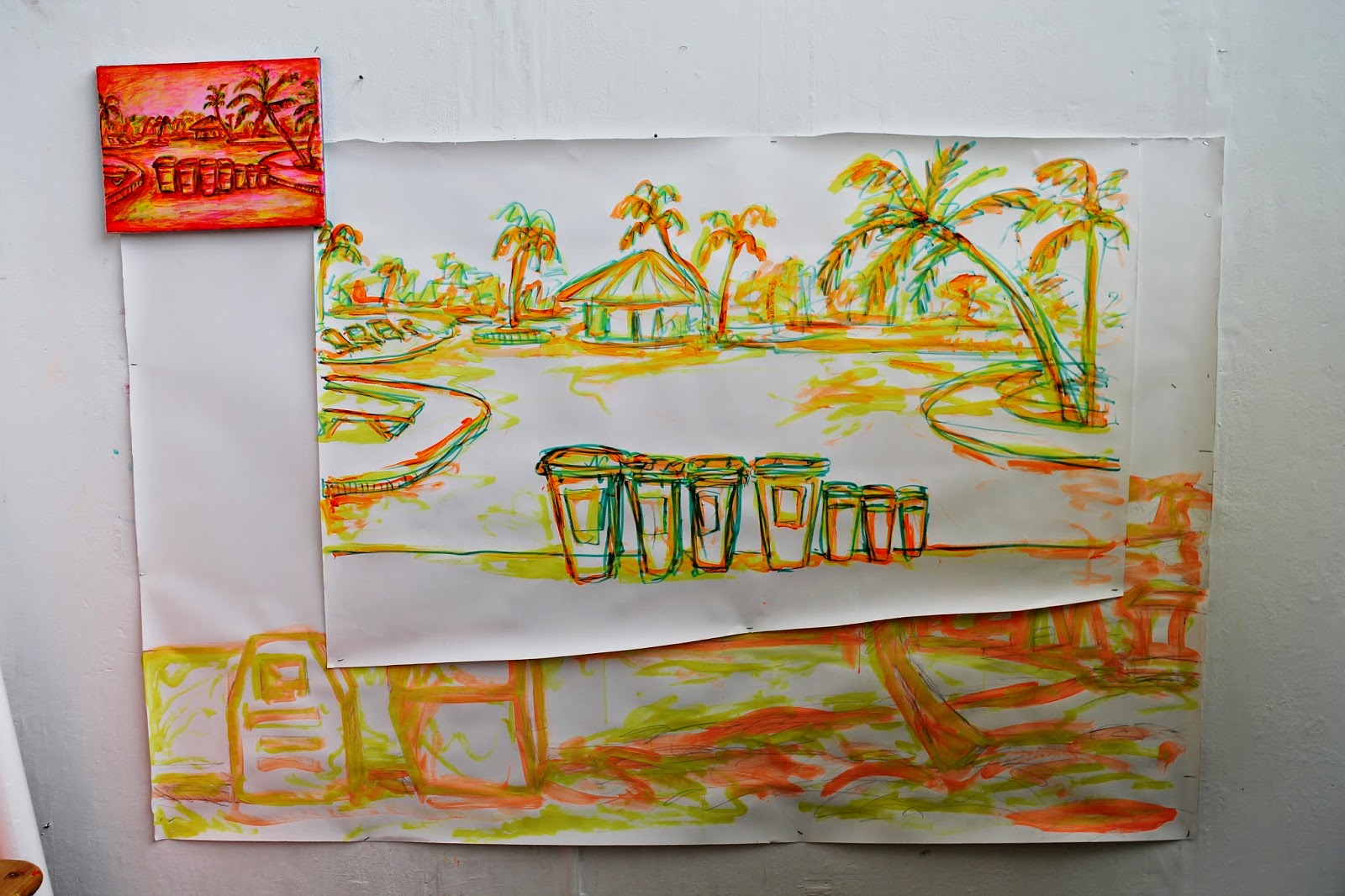 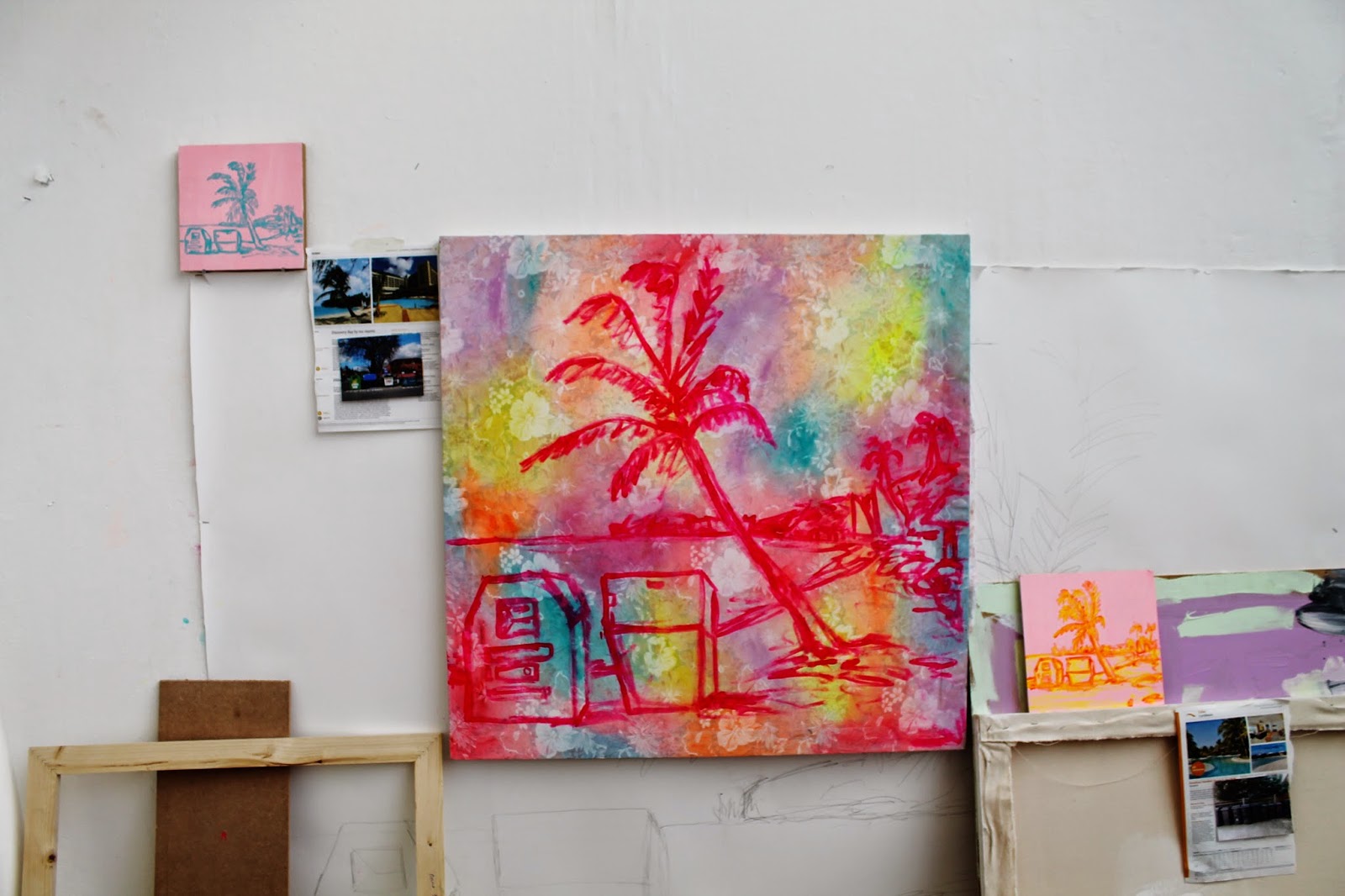 Posted by Anna Garrett at 01:10 No comments:

My profile on Footfall Art Floure$cent. Mixed media, dimensions variable. 2013.
Anna Garrett presents a series of paintings titled, Fluore$cent. Within this body of work she is exploring the falsity of the advertising image, and the power of the photographic illusion to penetrate the mind of the consumer. Primarily addressing the artificial, ‘perfect’ imagery found in the media, Anna explores the hollowness of these images and consumerism’s promise of self-fulfilment.
Fluore$cent is derived from a performative photo-shoot, undertaken by the artist in order to play with the sensuality of perfume advertising imagery, and the role of the model. The paintings raise questions around vulnerability vs. empowerment, which is something people in the eyes of the media cannot escape. The neons are reminiscent of a cheap toxicity emulating a synthetic commercial day-dream of the 21st century.
In her most recent work, Anna has been looking into the concept of the holiday as an escapism from reality. Creating similarly saturated, tropical and fluorescent paintings, she gestures towards the facade of the image and the construct of painting. Anna is graduating from the University for the Creative Arts in Farnham this year.
For sales or any other enquries please contact: 07969 439 825 or info@footfallart.co.uk
Posted by Anna Garrett at 04:54 No comments:

Snaps from the last month or so
Taken on iPhone so fluorescent quality doesn't really show!
The work is so bright I have resorted to wearing sunglasses in the studio, much to the amusement of my peers 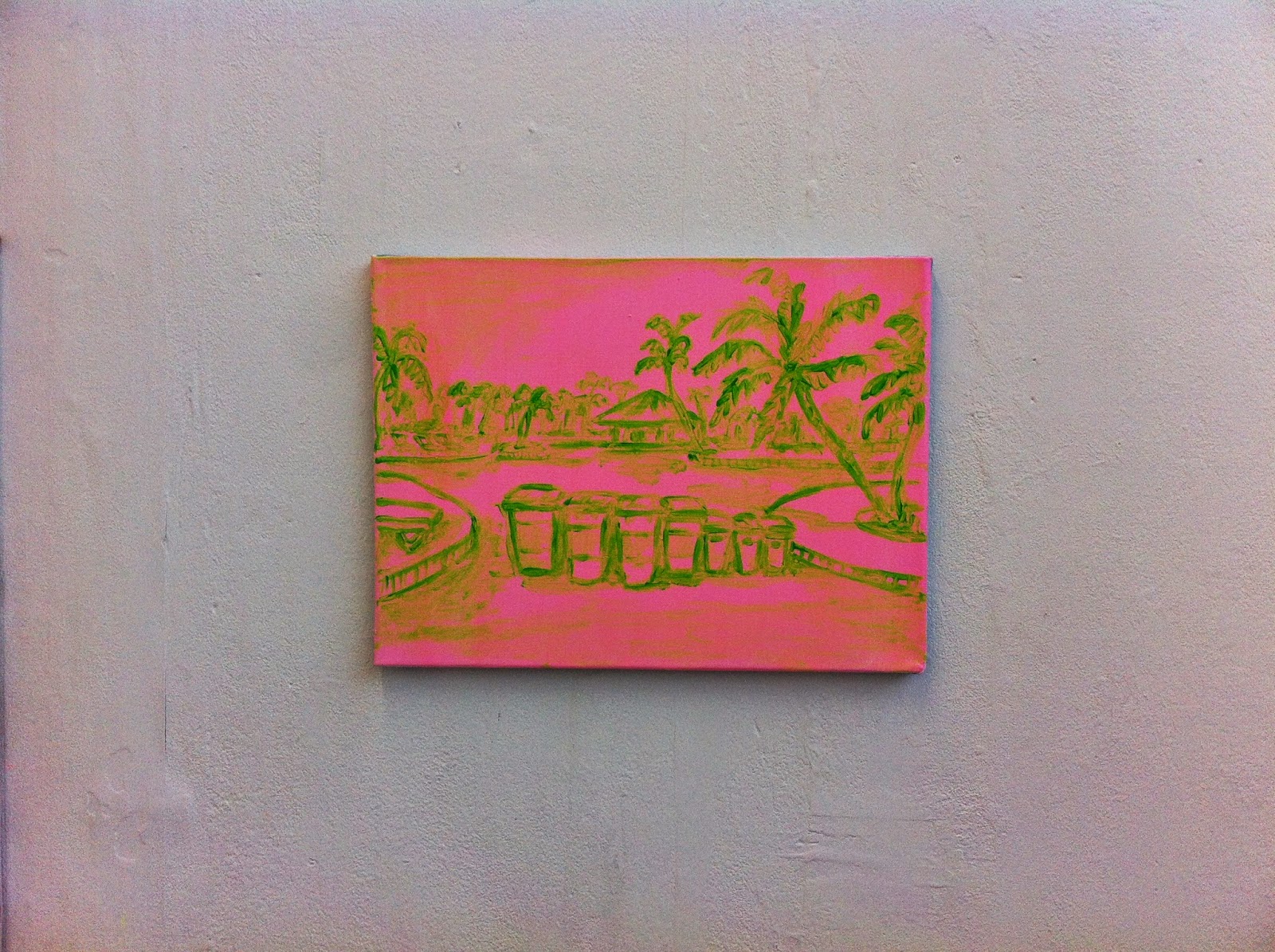 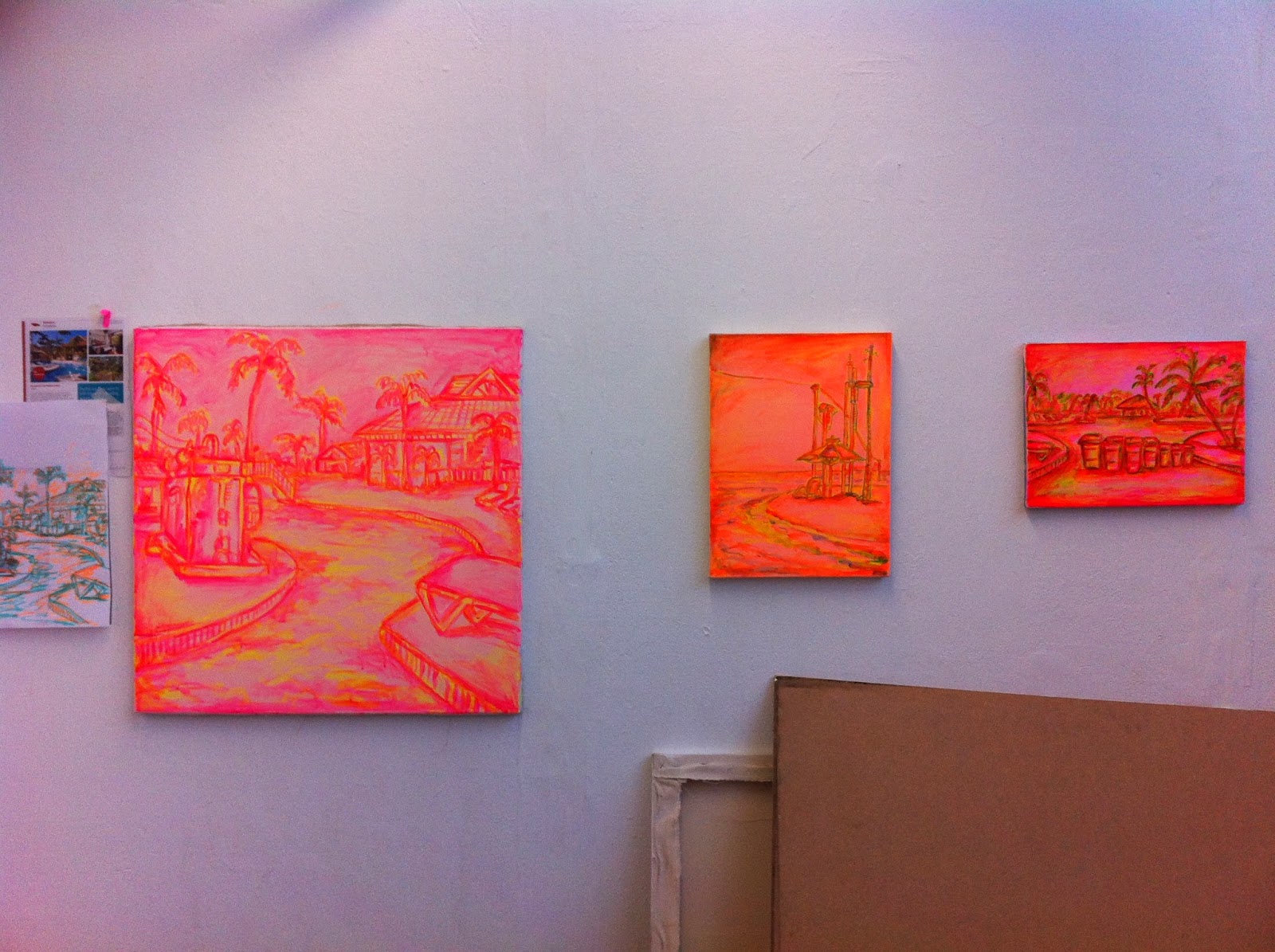 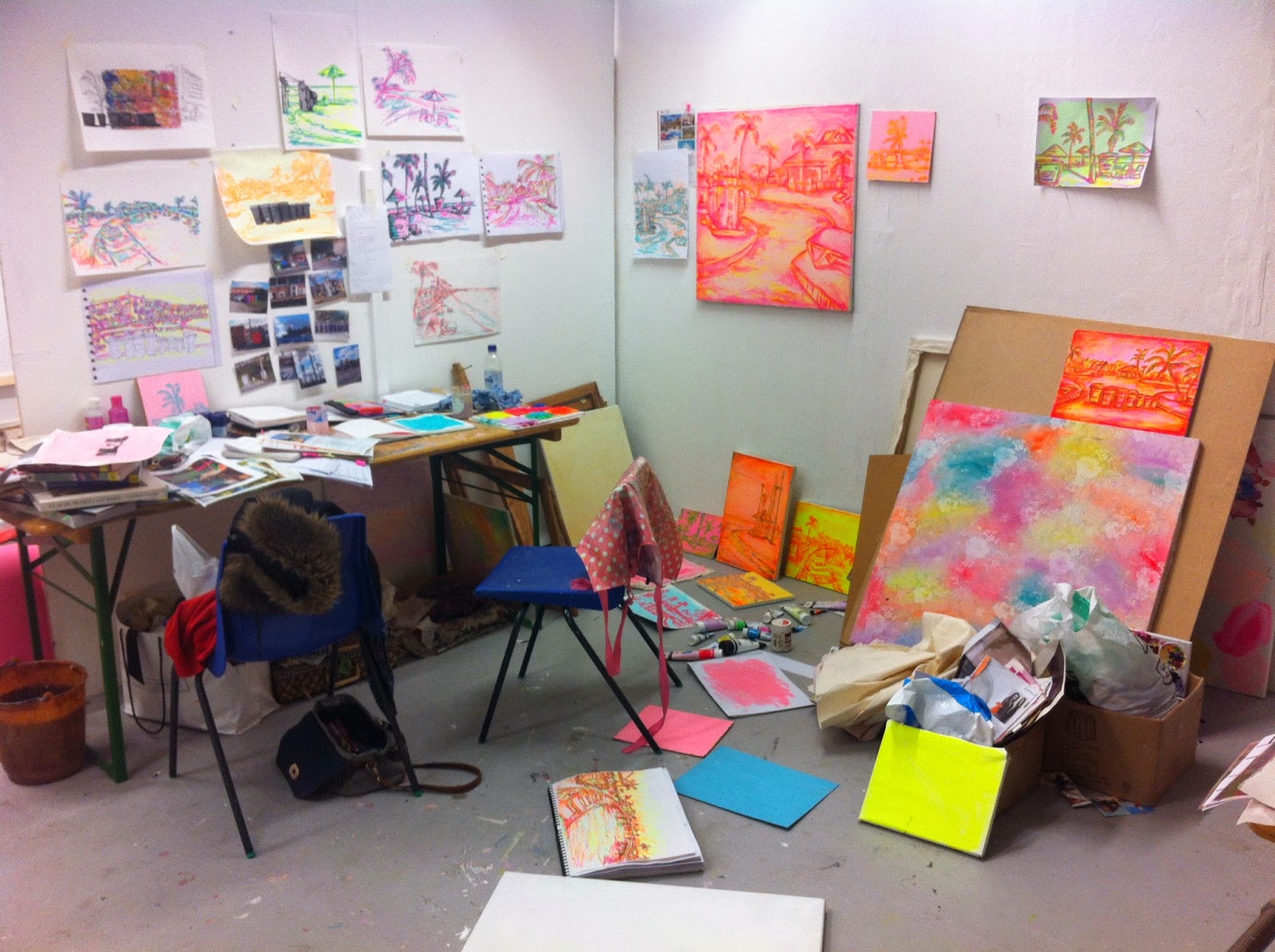 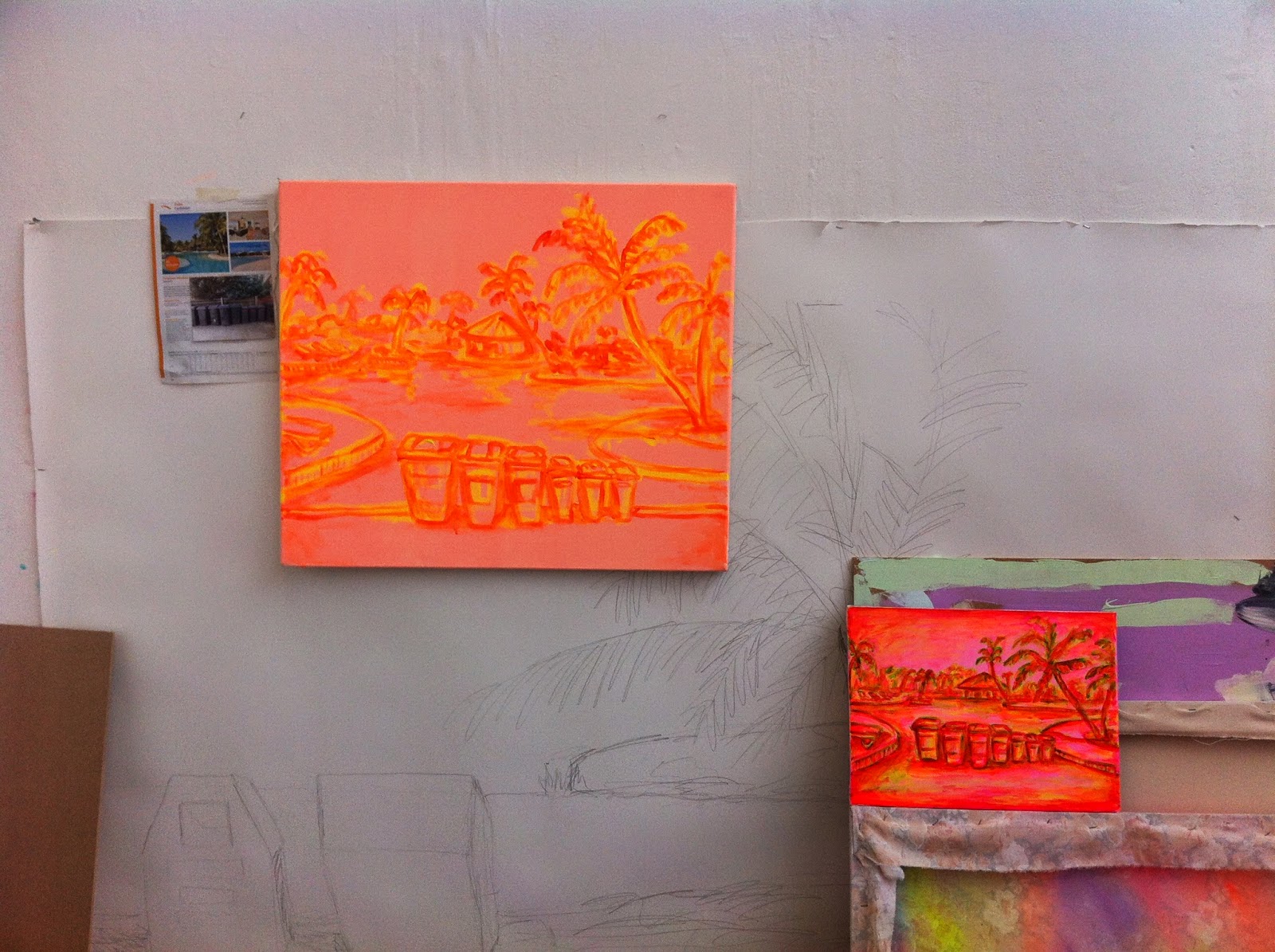 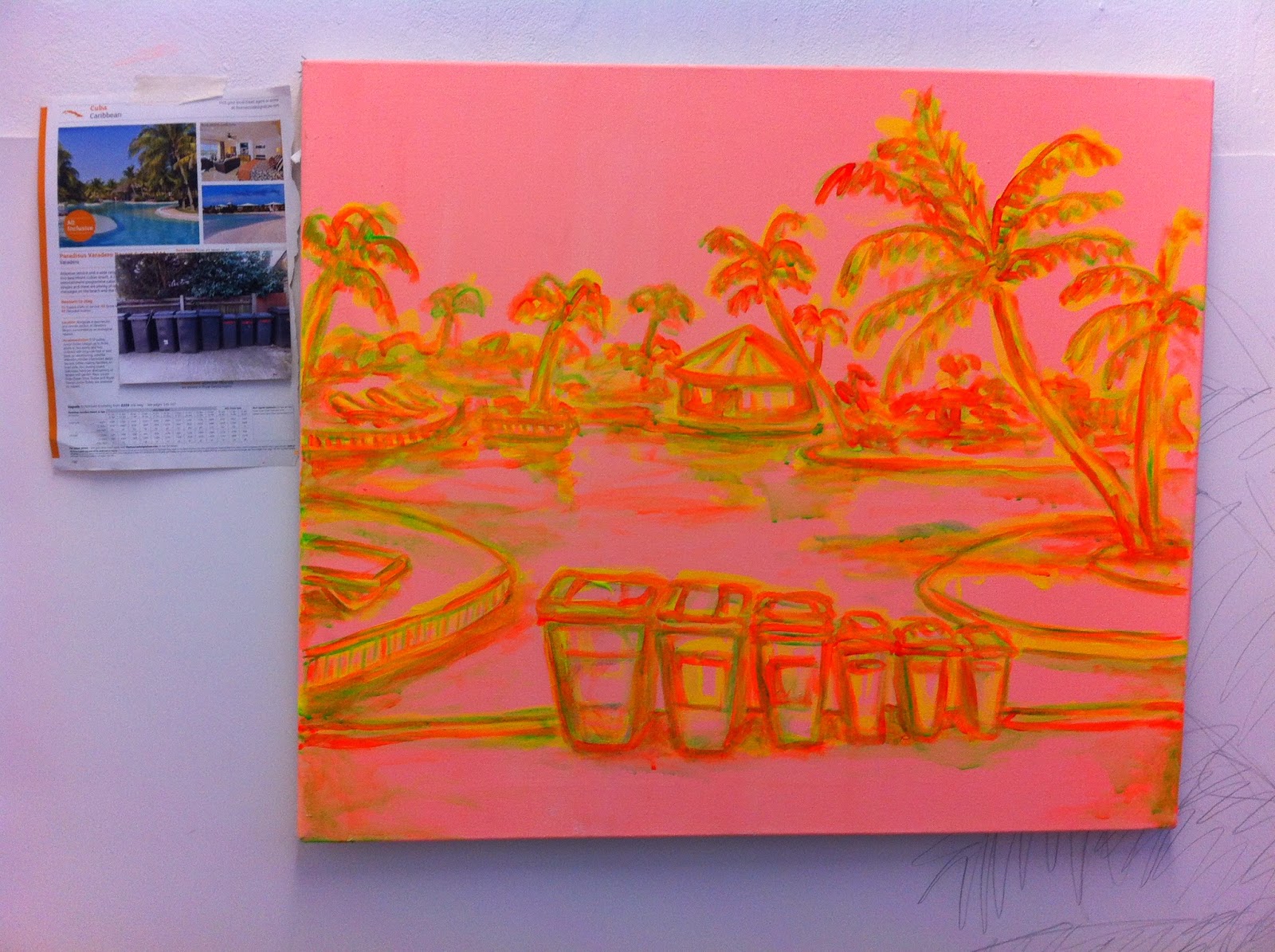 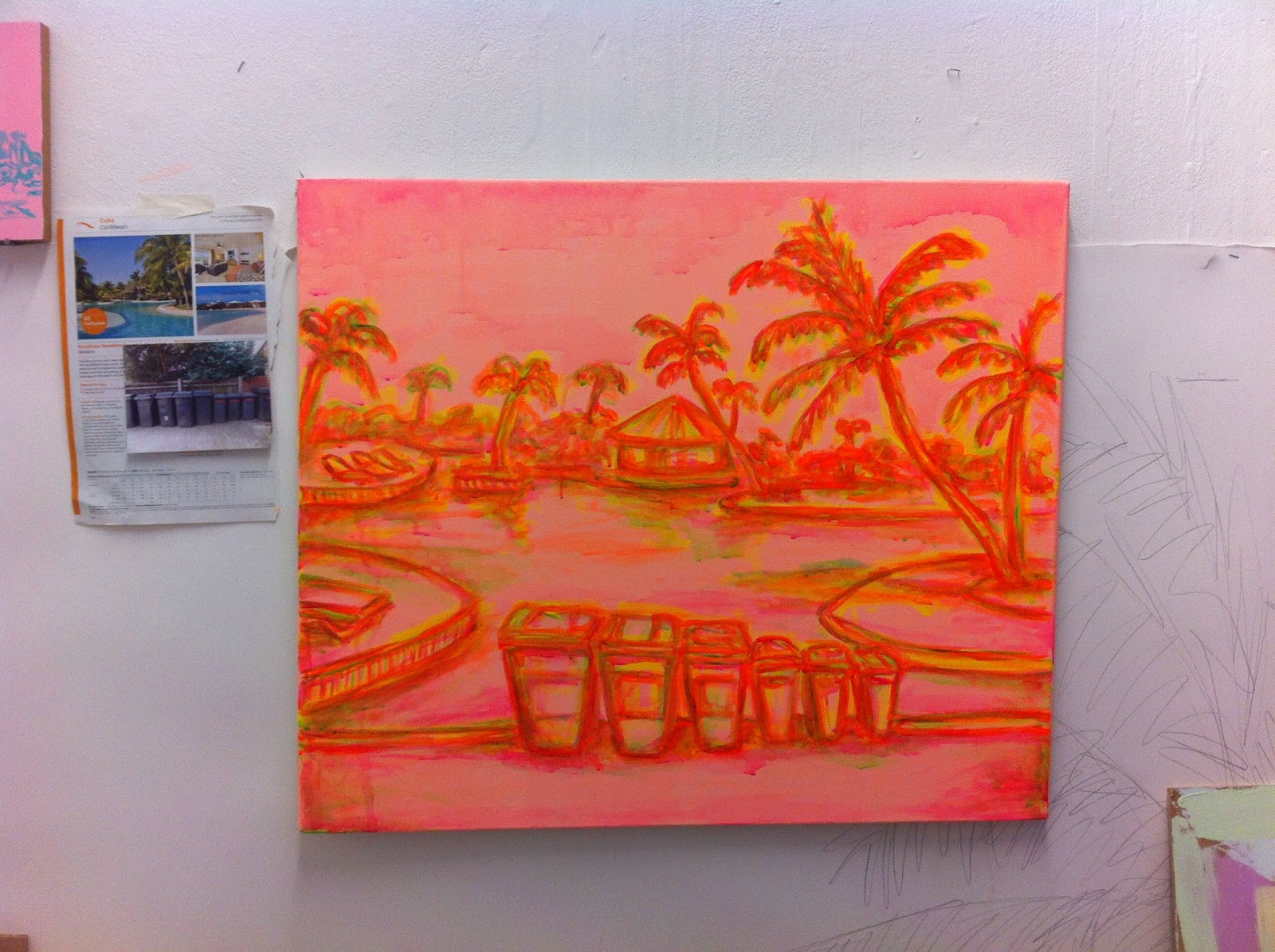 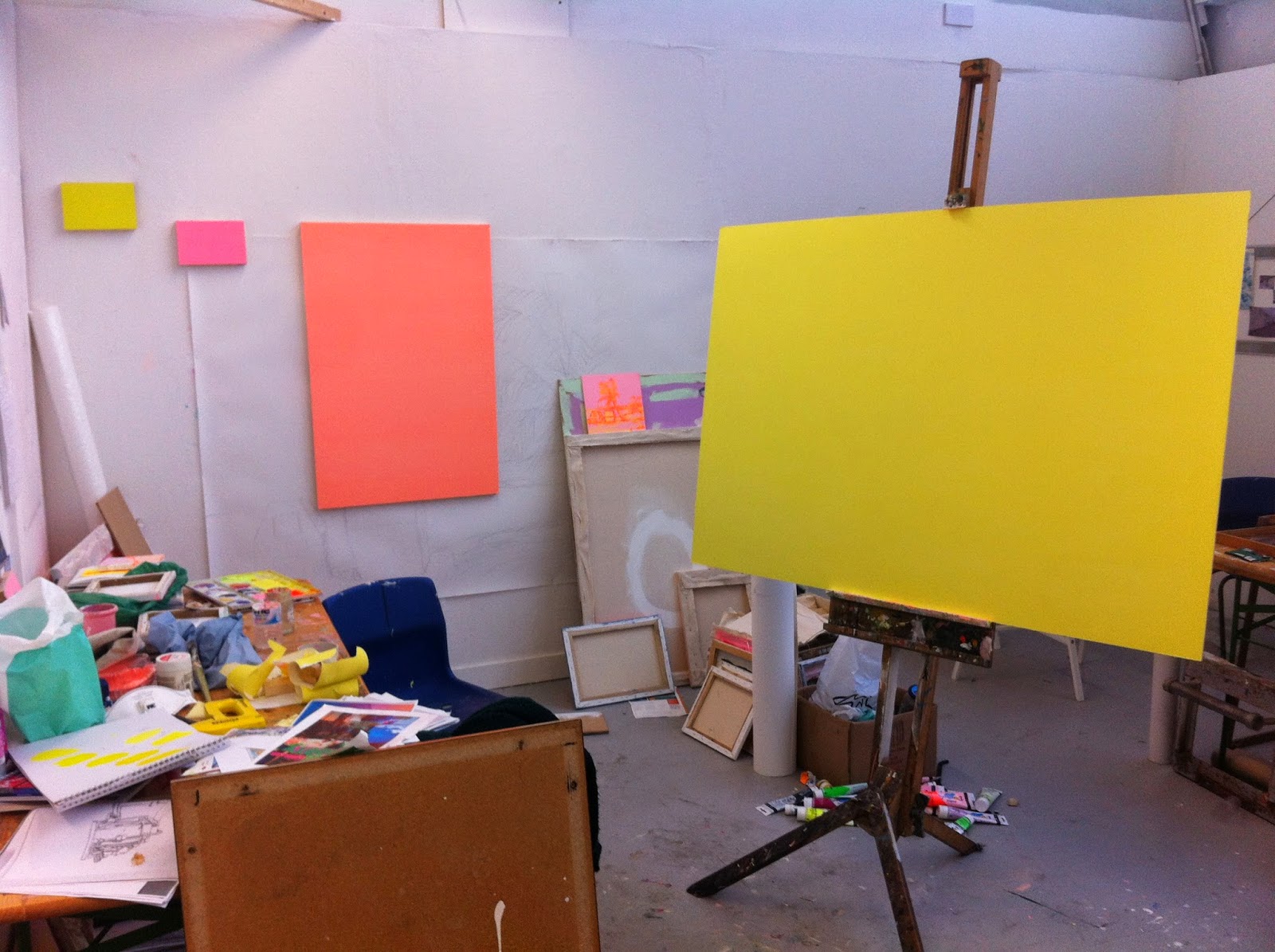 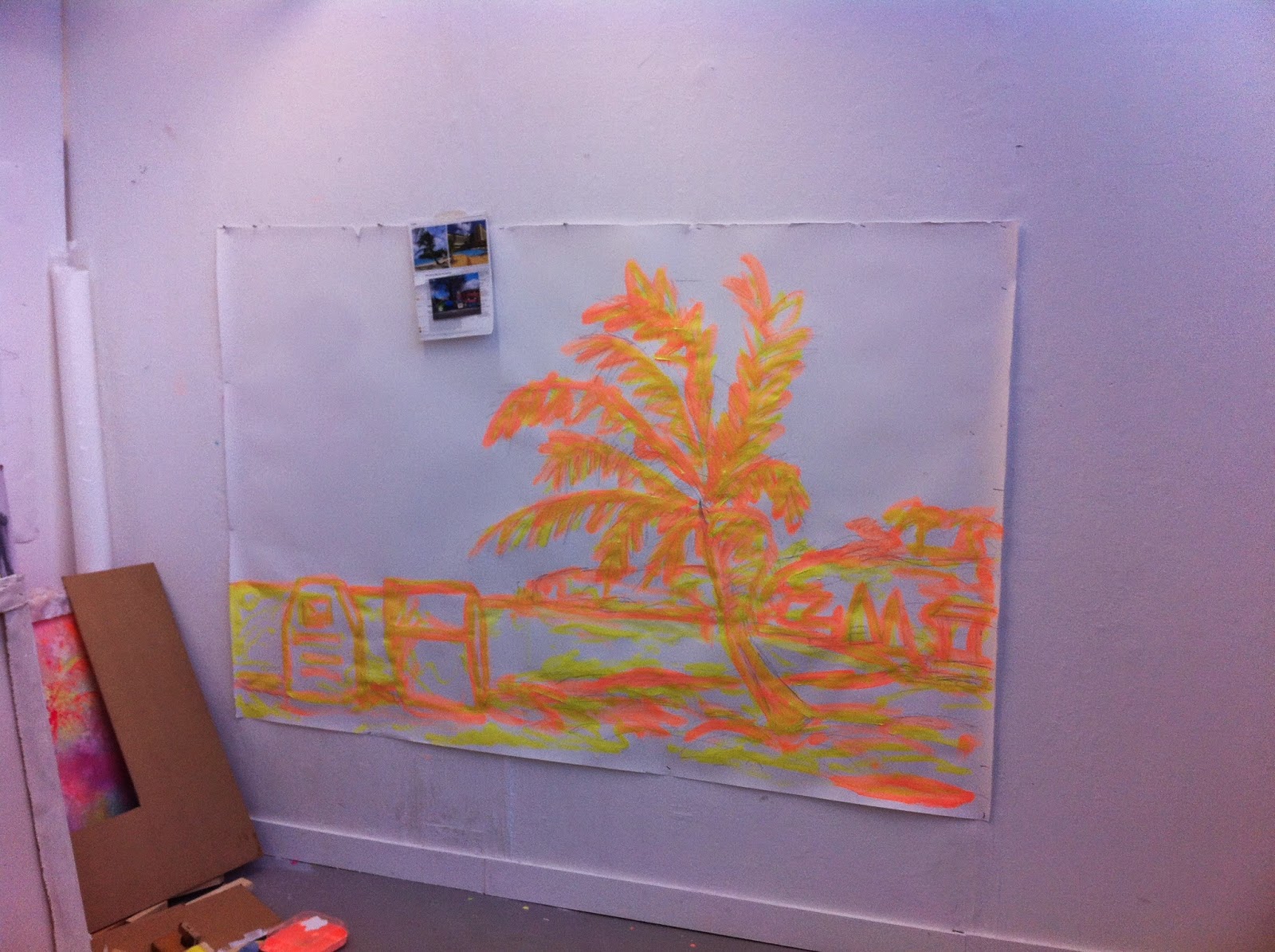 Posted by Anna Garrett at 02:44 No comments: